I’ve blogged a couple of times about getting PCBs fabbed - using both OSH Park and Dirty PCBs. A little while ago I got an out of the blue email from Seeed Studio asking me to try out their service. I eventually got around to it, and I’ve just received my first boards back, so this post reviews the service.

To be clear - I received no discount or other compensation from Seeed Studio for this post (just as I’ve received nothing from OSH Park or Dirty PCBs for writing about their services).

Seeed Studio offer a big long list of options when ordering your PCBs:

So how does the ordering process compare with OSH Park and Dirty PCBs?

The fastest I’ve received Dirty PCBs is just over 3 weeks - a week’s fab and then 2 weeks shipping. This may just be variation in shipping times but read on…

OSH Park tend to come more quickly - I ordered some boards from OSH on 3 April, they went to fab same day, shipped 11 April and arrived 18 April. That’s the same elapsed time as Seeed - although there were a couple of public holidays in here as well.

There’s no customs declaration on the Seeed package - I can’t tell how it was shipped, nor what value was declared - it was relabelled in the UK (with a tracked, but not signed for option). I don’t think Dirty PCBs have ever come in this way, so Seeed may be using a better postal service. Seeed calls their cheap option “US GB DE AU Post”, whereas Dirty PCBs call theirs “Hong Kong Post Airmail”. Perhaps Seeed are bulk shipping boards to the UK where a partner is sending them on?

So how do the Seeed boards stack up?

They are very, very similar in quality to the Dirty PCB boards. So similar it wouldn’t surprise me if they were from the same fab house.

The picture below shows a Seeed board (left, in black) and a Dirty PCBs board (right, blue). They are slightly different designs, but a good comparison. Note also that the Seeed board is a KiCad design, the Dirty PCBs one from Eagle which explains the different fonts used in my silkscreens. 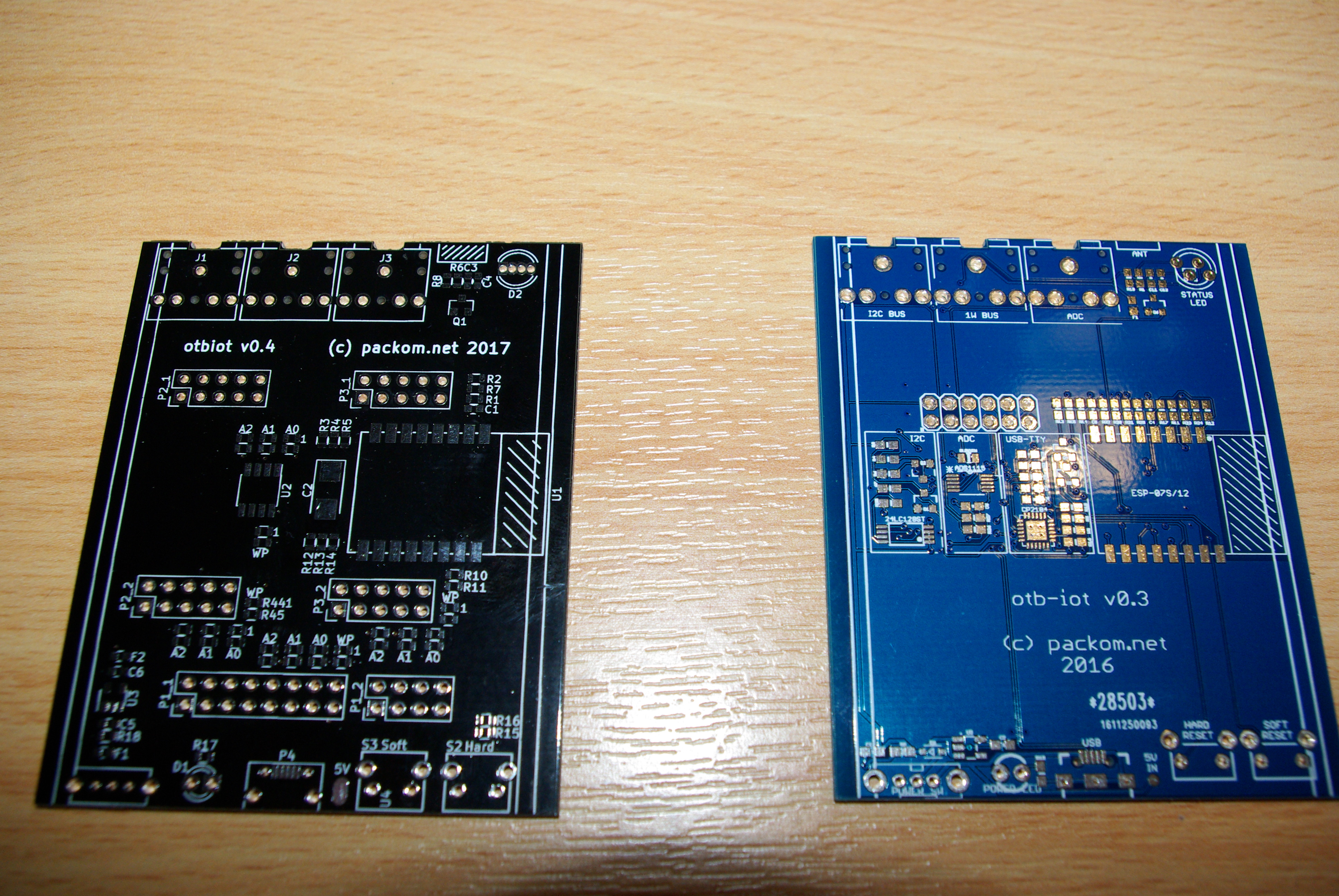 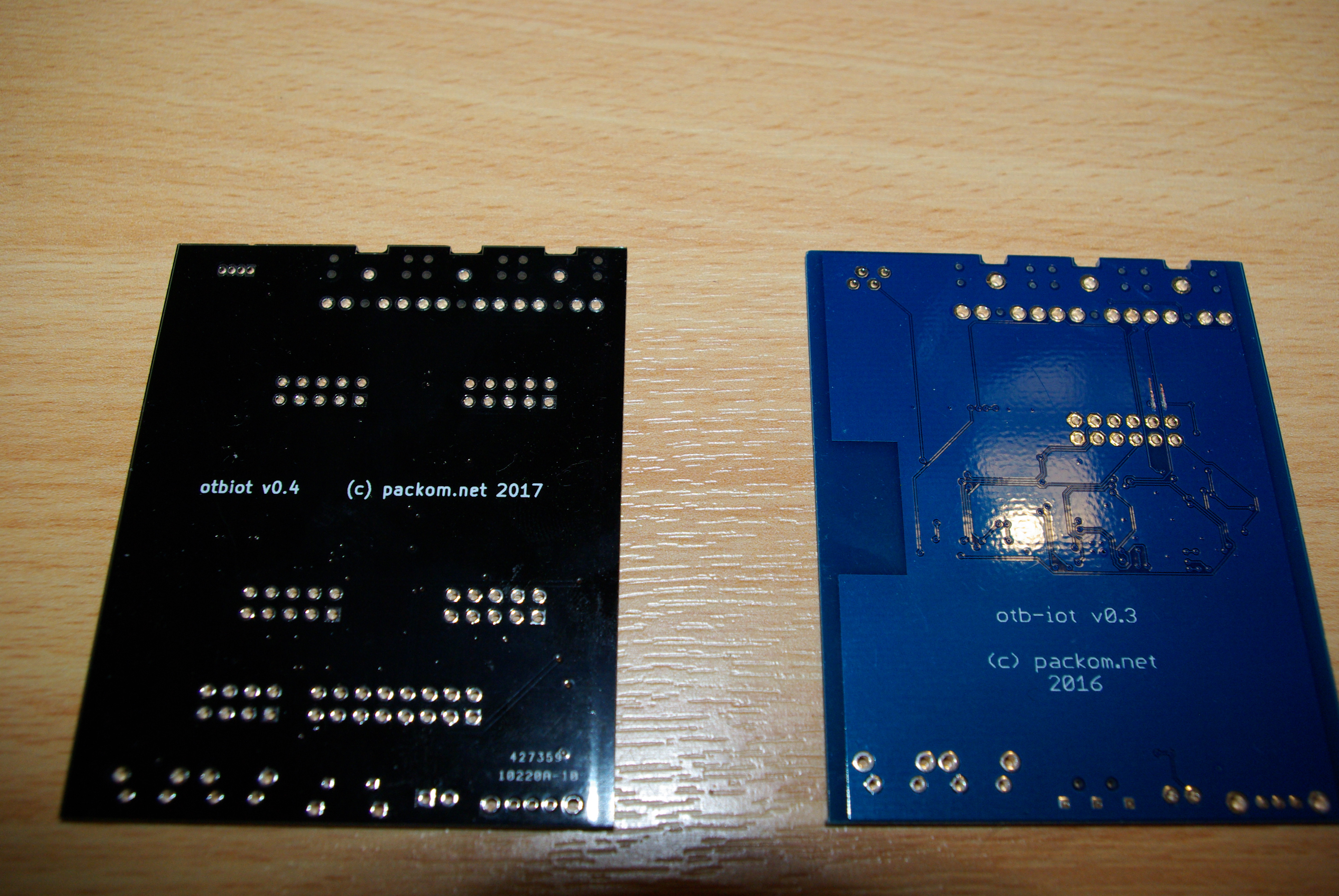 In fact, the boards are so similar I’m struggling to find any differences to pull out. I’ve found two:

Quality wise neither Dirty PCBs nor Seeed are a match for OSH Park. The OSH Park boards a great quality - very few silkscreen defects, holes better centered, ENIG finish. But you get what you pay for.

Given the price different between Seeed and Dirty PCBs ($16.85 vs $25.95) and the practically indistinguishable quality I will be using Seeed again for any larger boards I produce where it isn’t economic to use OSH Park. My cut-off point for using OSH Park is between 1-2”x1-2”, assuming I am OK with the 3 copies.