While recently developing Raspberry Pi Hats - which are mezzanine boards that plug into a Raspberry Pi to provide additional functionality - it occurred to me that it would be a much more cost effective solution if these hats could be driven by an ESP8266. The hats I’ve developed are quite low in terms of their demand on computing power, but do need network connectivity, and hence the ESP8266 is well suited to driving them.

So, I’ve developed what I’m calling the ESPi (pronounced E-S-Pi): 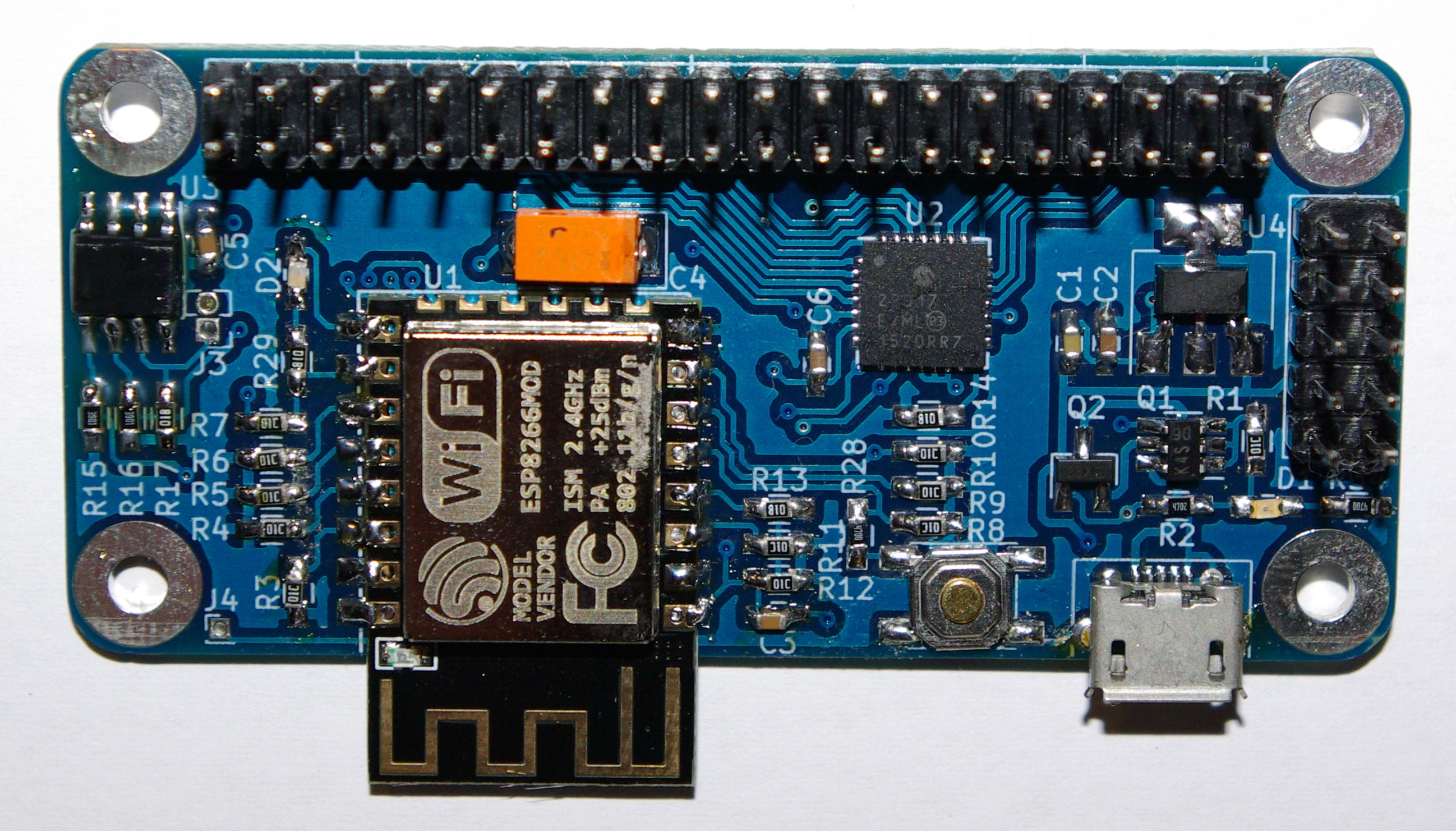 I had to make some compromises in squeezing this all in to a pi-zero form factor, but this was important to me as

The key compromises I made here were:

I have a few ideas for improvements to the layout for the new revision, which should allow me to squeeze the hard reset button in.

In fact though, this turns out not to be a problem, as I have also developed an ESPi programming board which allows the ESPi to plug directly into a Raspberry Pi so the Pi can program it. It is itself a Pi Hat, and it detected as such by the pay. In this state the Pi can also hard reset the ESPi, overcoming the lack of hard reset button on the ESPi. 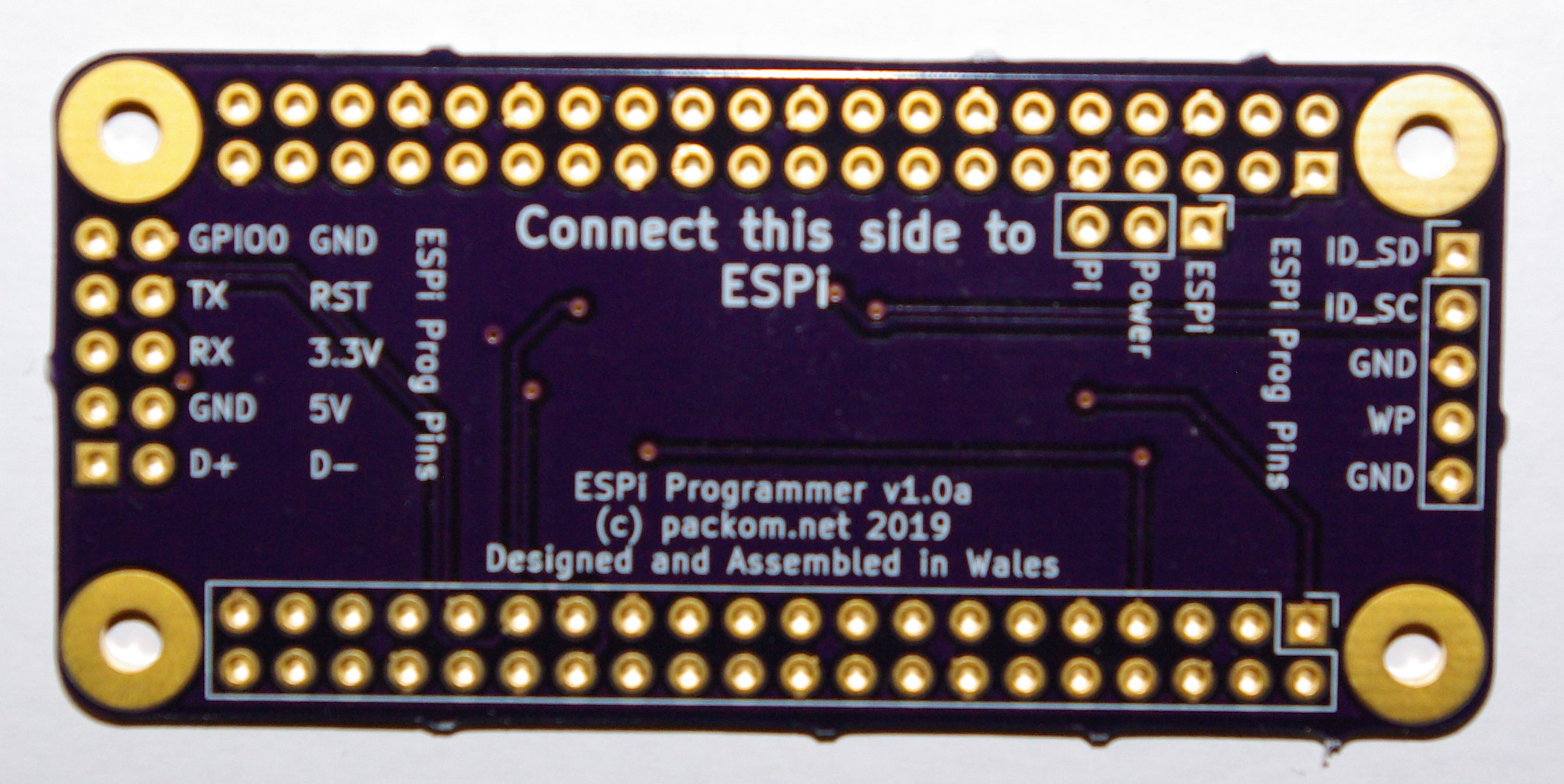 The main purpose of developing the ESPi is as an experiment and for personal use. If there’s any interest I may be prepared to sell pre-assembled ESPi boards, and/or release the schematic and KiCad files. If you’re interested in either of these post below in comments, or contact me.